You can see the sample code for this tutorial on GitHub.

﻿Molecule is primarily a way to manage the testing of infrastructure automation code. At its core, it wraps around various providers like Vagrant, Docker, or VMWare, and provides relatively simple integration with testing providers, notably TestInfra. Molecule is a great tool, but in my opinion there are not enough resources, by way of examples, to provide an adequate getting started guide. This post is meant to help fill that void.

You will need molecule, vagrant, VirtualBox, and Ansible installed on your machine to participate in the following exercise.

In a previous post, I showed a way to install any version of Java using Ansible. However, I think the end result of that was not very modular. For example, I hardcoded several paths to directories, as well as output files that would be downloaded. For that simple example, it would probably be easy enough for me to refactor it and verify by hand, i.e. by ssh-ing into the VM and then running the appropriate commands. But that is not scalable. For code to properly evolve as requirements change and are refined, and for bugs to be fettered out successfully, automated tests reduce errors and improve time to delivery. So I went looking for a solution to automate the testing of ansible roles, and I stumbled upon Molecule.

First, navigate to the directory you want your Ansible role to reside, and initialize an Ansible role with a Molecule wrapper:

As you can see, this example will use Vagrant as the provider. Molecule, as of this writing, defaults to Docker, which is a valid choice as well, however we'll focus on one thing at at time and work with a VM (even though it is slower) for now. The command above will simplify your life by providing boilerplate code that installs python on your target VM, which is required by Ansible. You might have to modify the created VM in the platforms section of your molecule/default/molecule.yml instance like so:

You will also want to update your molecule/default/playbook.yml to use:

I want to install the latest OpenJDK version 11 from the tarball on the official JDK release page. What does a finished install look like for me? Well, I can think of basically three things that constitute a valid Java install:

To stick with test driven development, I'll write a test for the java runtime using test infra first. Paste this code into your molecule/default/tests/test_default.py file:

To create the local Vagrant VM you're going to test with, and you can run:

To run the Ansible playbook (which right now is empty) against your target machine. After running those two commands you can successfully run your test, created above, with:

You should see the test fail, which is a good thing--that means you have a test that means something.

We can now insert some valid code to just barely pass the above test. Go to your tasks/main.yml file and add the following four tasks:

You should be able to run:

And see our one test pass.

We can take a shortcut and create two tests for the next two requirements that successfully install Java on our target machine:

Here, I want to validate that the java compiler is on our PATH and that its version contains 11.0. I could have been more specific here, but I want the tests to be flexible enough to allow for changes and this was the compromise that I struck. In the second test, it's my goal to ensure that the /etc/environment file, which sets environment variables for every user on our system, has the JAVA_HOME variable defined--again, it's a tradeoff between being so specific that its not flexible to change and so vague that it's meaningless, so I stuck with saying that JAVA_HOME should start with /usr/lib.

We could also write a test that runs an ﻿$ echo $JAVA_HOME command and interprets the response, which is probably more robust in the long run.

You should then be able to run:

And see both tests failing. We can append the following two tasks to our tasks/main.yml file to make the tests pass:

Should have both tests pass.

Probably the most difficult part going forward will be understanding how to leverage test infra to write the appropriate tests. The best resource I've found is simply the listing of modules at https://testinfra.readthedocs.io/en/latest/modules.html--from there I have just been tinkering with it to get used to how it all works.

A big reason that we write these tests is so that we can refactor our work. I would encourage you to take the code above and modularize it--e.g. change the download url, use a register to get the tar.gz location, and reuse anything that looks duplicated. Because this is focused on introducing molecule, I'll leave you here.

Previous Post Exploring Lombok: How to use @Builder, @Accessors, and @Wither for POJO Classes
Next Post How to Provision a Multi Node Elasticsearch Cluster Using Ansible 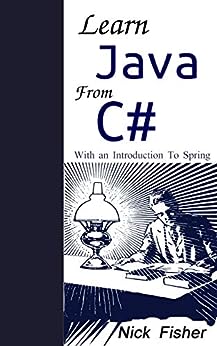